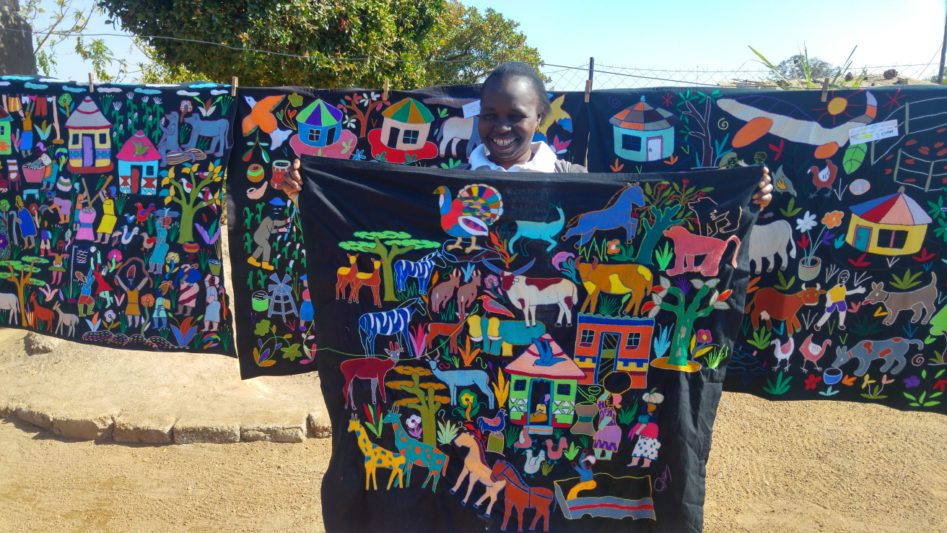 A wonderful story was born in one of the regions of South Africa most affected by unemployment – Winterveld Gauteng. The women here were trained by members of the Soroptimist International Pretoria organization in the 1990s to earn a living through an embroidery project. Over the years, 150 women have benefited from this center and have seen their lives transformed. 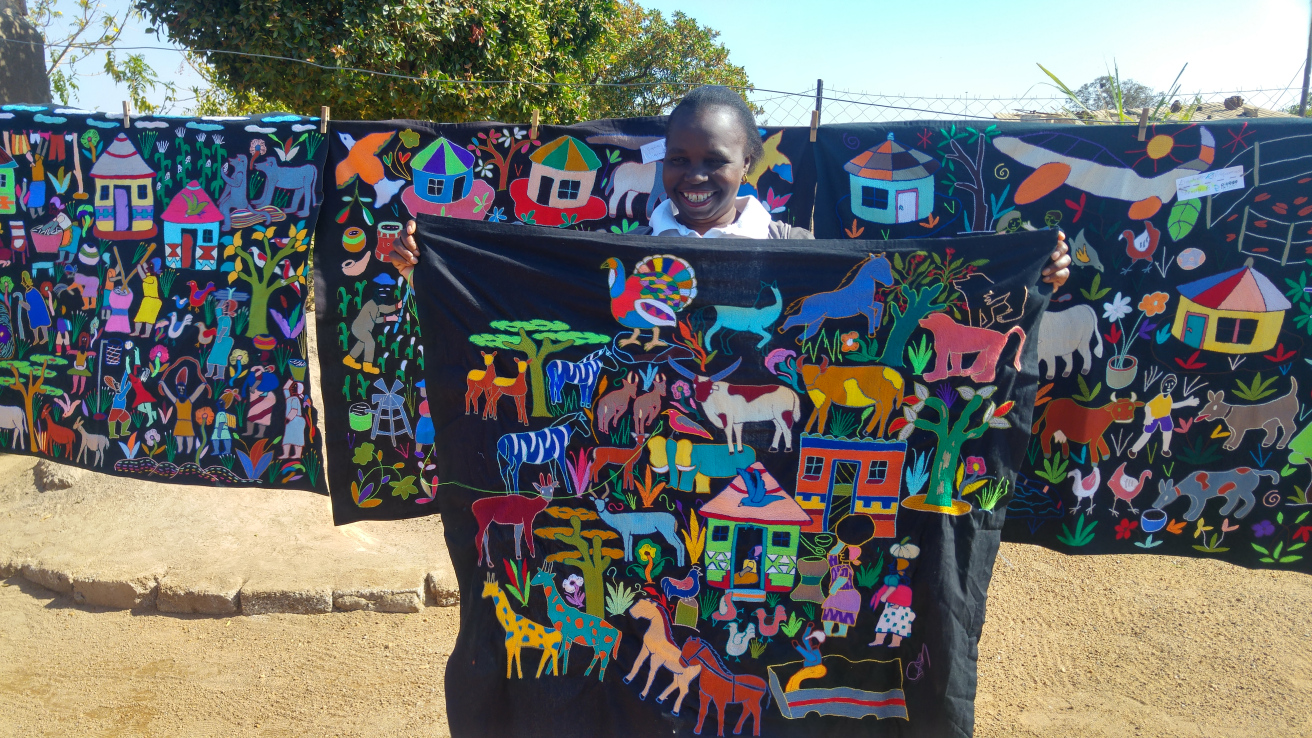 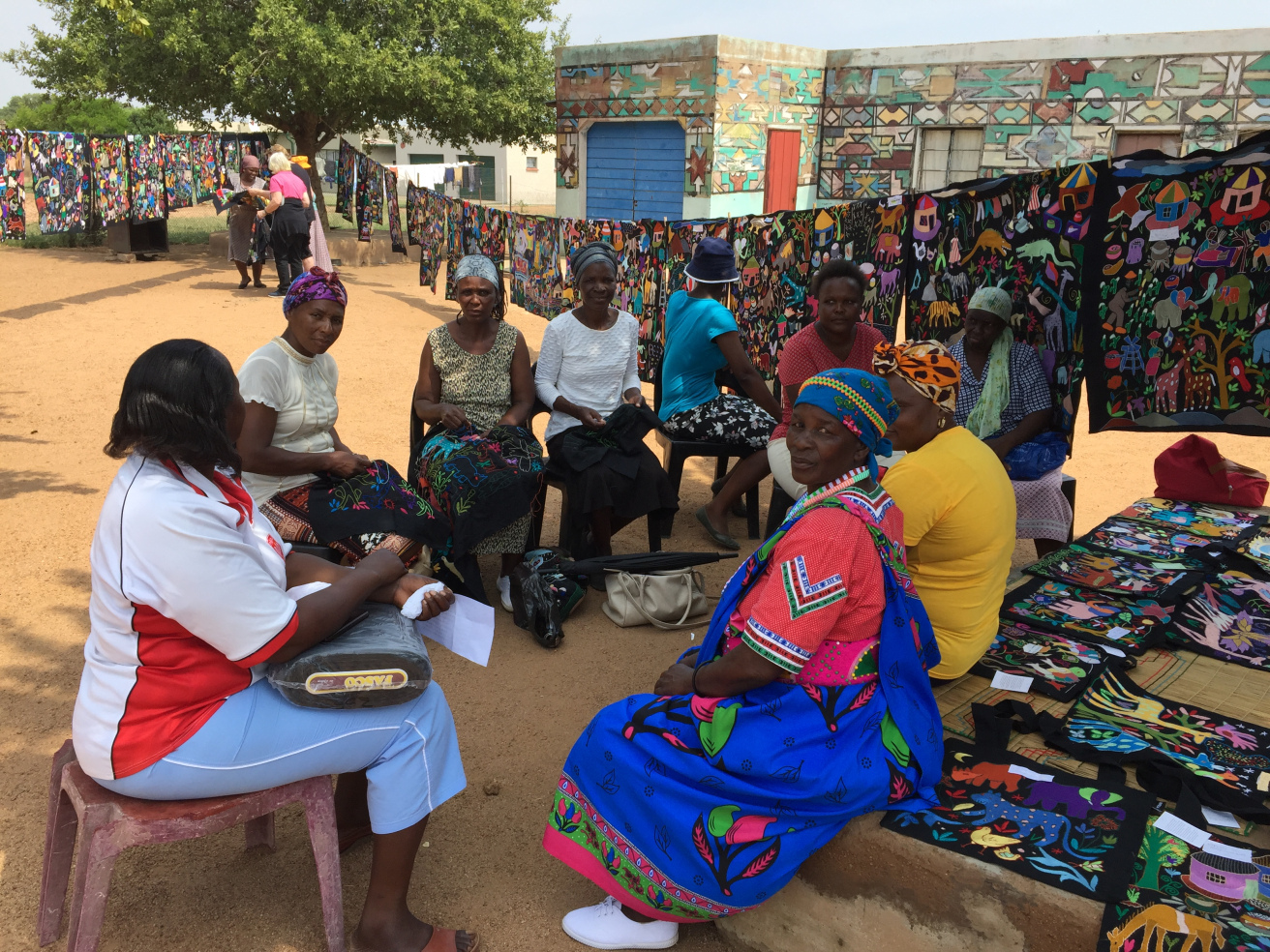 For 26 years, with needles and thread, these women have told their stories in a unique way. And it is these personal stories, these memories, these unique perspectives that have captured the international imagination. Over the years, the technical and artistic level as well as the social and historical importance of these embroideries have allowed them to be recognized as real works of art.

Artists draw their ideas from their lives, through local magazines, newspapers, the internet and television. Embroidery arose from disasters like the Mozambique floods in 2000, the terrorist attack on New York City in 2001, and the Asian tsunami in 2004.

Prizes
These works have been exhibited widely, in South Africa but also across Europe and the United States. The Mapula (Mother of Rain) embroidery has thus been found in more than 12 art publications and has won numerous awards, such as the first prize of the FNB Vita Craft Now in 2000.
The embroiderers made 52 objects for the Girls’ Academy founded by Oprah Winfrey in Gauteng in 2002, and several museums display these works, not to mention all the private collections that have them.
The project continues today in 3 groups, two in Winterveld northwest of Pretoria, and one in Hammanskraal. The embroiderers manage their sales themselves. The Mapula Embroidery Foundation was founded in 2016. 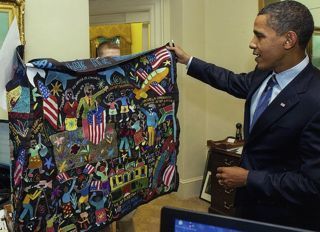 Pinky Resenga, one of its members, tells us how this project saved her from alcoholism and the misery of the streets: “With this income, I was able to expand my mother’s house. Now I hope to be able to build four rooms for my children and I.”
The project has enabled many women to dress, feed and raise their children. Twenty-eight years later, the Mapula Embroidery Association now has a very solid foundation. 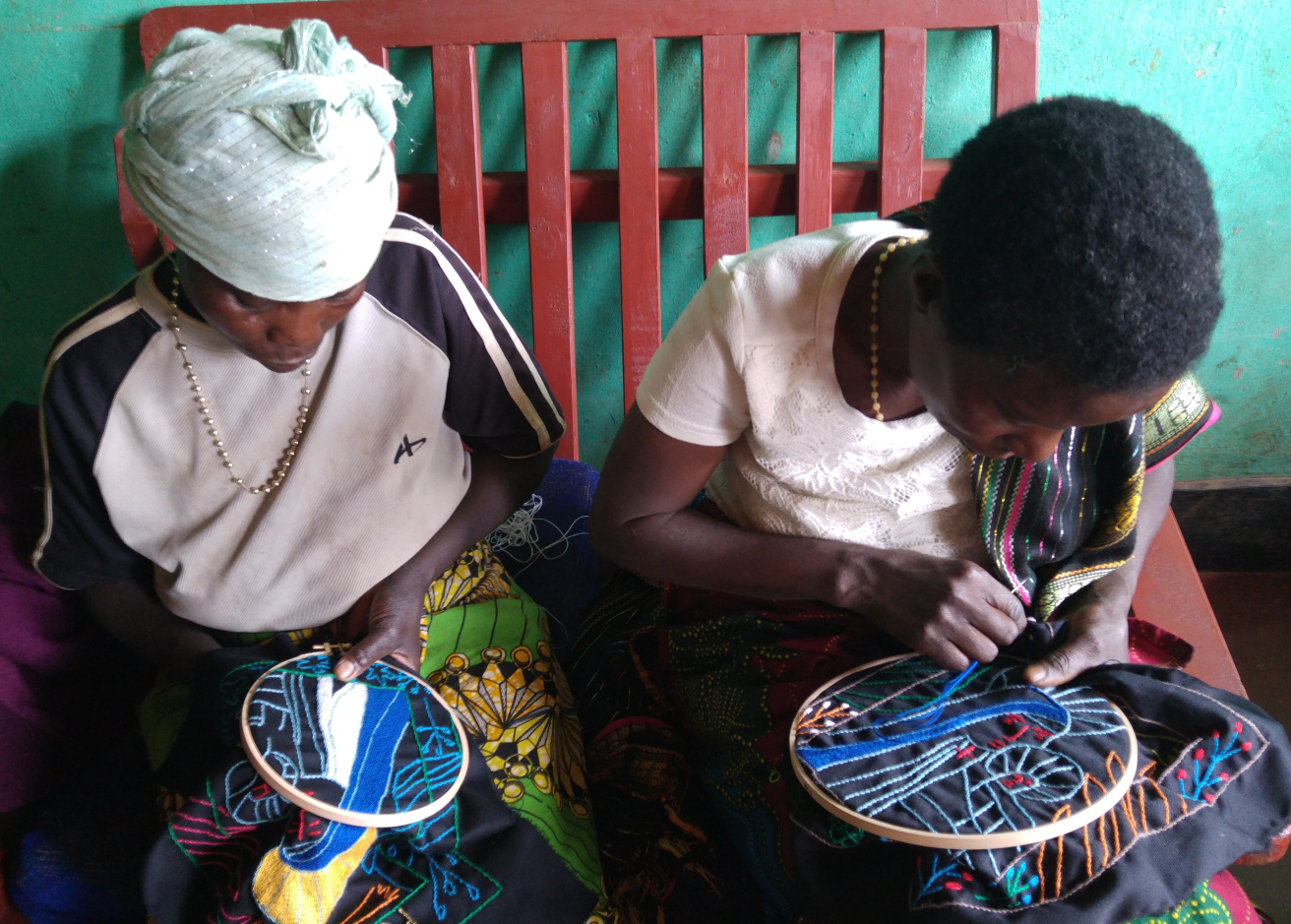 An expanding initiative
A few years ago, Netty Butera, the wife of a senior Rwandan civil servant, visited the Association to see how this project could be adopted in her country, starting with training 12 women.
The idea was to provide additional income to particularly vulnerable women in Kibeho, in southern Rwanda, near the border with Burundi. In 1981, teenagers had visions of the Virgin Mary in the area. Since then, this place has become an important pilgrimage destination. If women could sell their needlework instead of begging, it would increase their self-confidence and provide a real future for their children.

After having well prepared their project, three women (Rosina Maepa, Dorah Hlongwane from the Mapula Embroidery Association and Janetje van der Merwe from the Soroptimist International Pretoria organization) left for Rwanda with a large baggage of cotton threads for embroidery, of fabrics, a brand new sewing machine, two irons, needles and scissors – everything you needed to start the project in a new country.

Gradually the project took root. An additional trip trained 19 new embroiderers. Today, 31 women can sell their embroidery to get out of economic poverty.

In 2006 The David Krut Editions published the book by Brenda Schmahmann “Mapula: Embroidery and Empowerment in the Winterveld” 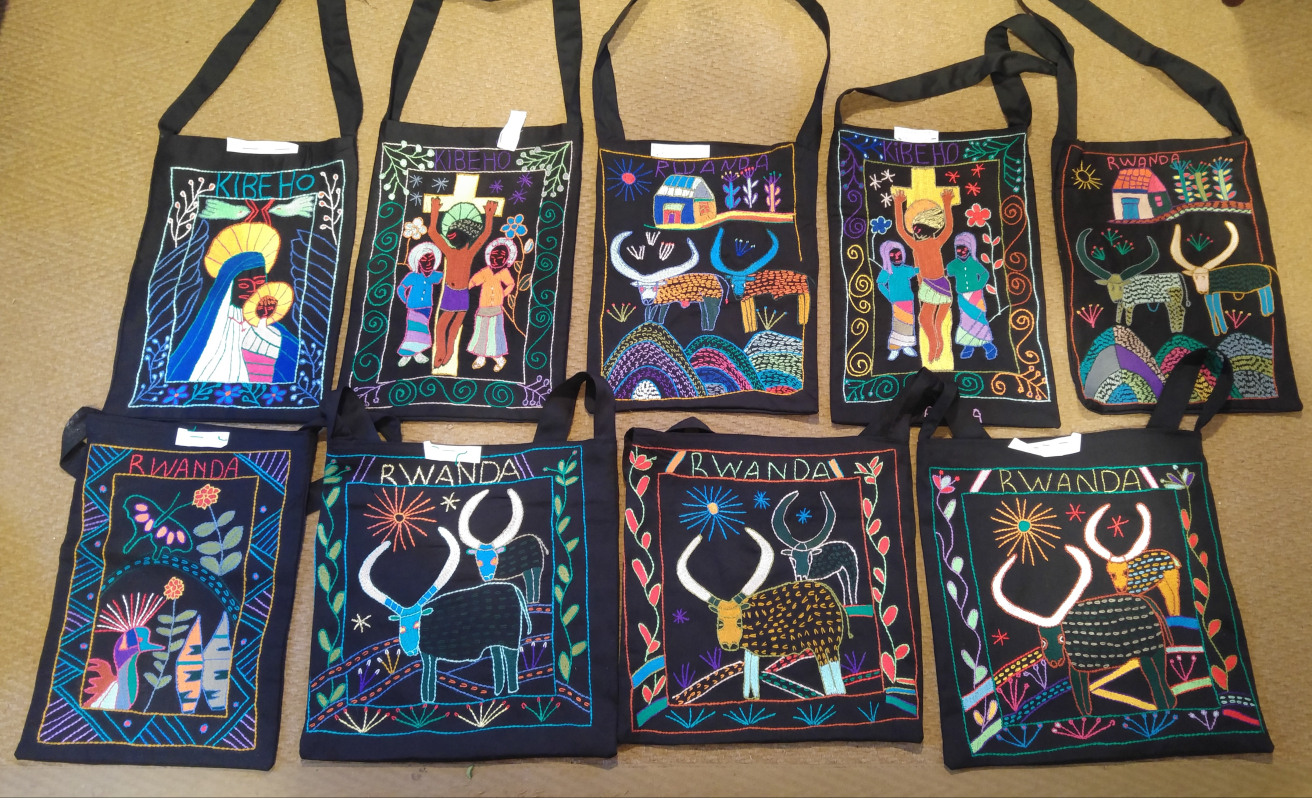